Today the final competitor to Mandela Barnes dropped out of the Democratic nomination race for U.S. Senate in Wisconsin, meaning Barnes will officially become the nominee to take on Ron Johnson.

They’ll come to regret it.

Barnes is a radical socialist who has aligned himself with every far-left cause and candidate imaginable. His goal? Bring the Squad to the Senate. 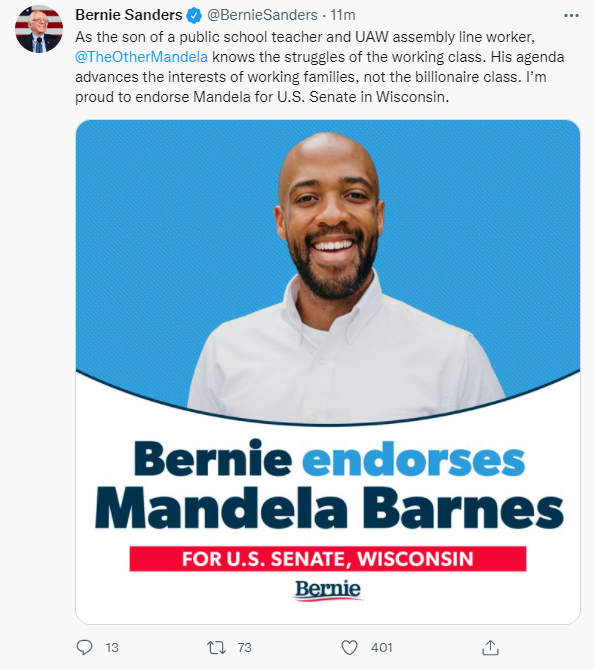 This is not surprising in the least, since Barnes is a Bernie Bro whose support for the socialist Senator is longstanding:

Barnes voted for Sanders in both the 2016 and 2020 Democratic presidential primary elections.

In August 2017, Barnes claimed to “know the ills of capitalism.” 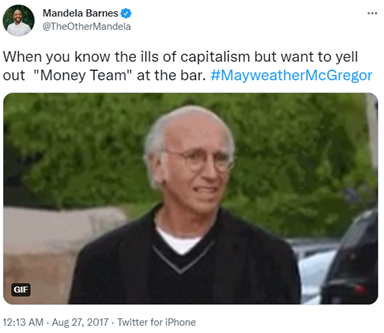 On July 9, 2018, Barnes claimed socialism has deep roots in Wisconsin in response to a tweet by the Justice Democrats encouraging socialism in the Midwest. 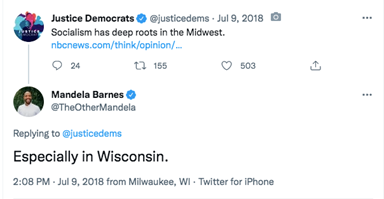 Barnes in January 2020: “Medicare for all is a much more moderate proposal than any war.”

In March 2018, Barnes spoke in support of the Green New Deal. 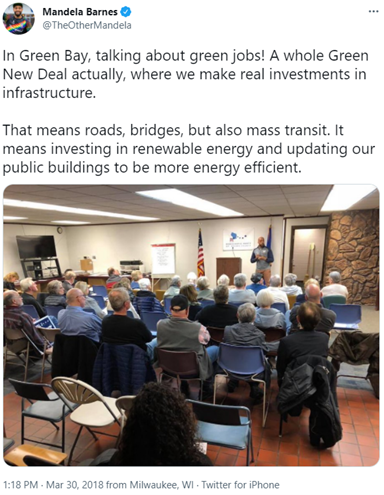 Barnes has spoken favorably about defunding the police:

And an image you’ll probably be seeing more of: Barnes supports Abolishing ICE: 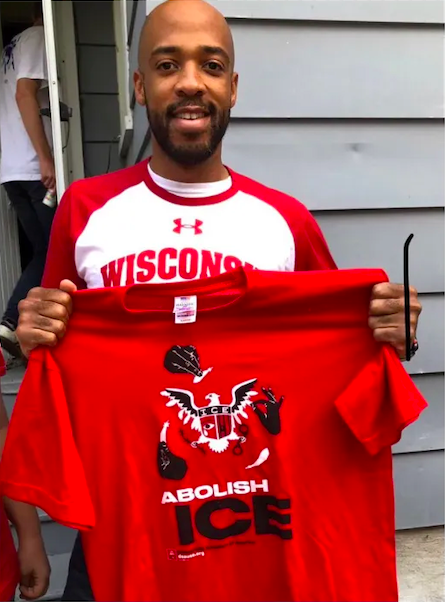 “Democrats are nominating another truly radical progressive whose mission is to bring the Squad to the Senate. To save America and protect freedom, Wisconsin must reject Barnes and his socialist policies.” -SLF Communications Director Jack Pandol